A coalition of young female lawmakers see their bill failing the Senate vote, angering women’s rights organizations. Argentina is a country in South America with a federal republic style of government. It has a population of 43 million, it is the largest Spanish-speaking country in the..

Argentina is a country in South America with a federal republic style of government. It has a population of 43 million, is the largest Spanish-speaking country in the world and is generally classified as a high-income economy. Argentina is secular, but it gives Roman Catholicism a preferential status. Religious freedom is guaranteed but Argentina has varying degrees of social conservatism.

The strong influence of the church on state policy has resulted in an overwhelming majority of Latin American countries banning abortions in some form or other. Argentina’s existing policy allows for an abortion in the cases of rape or if there is a threat to the life of the mother. The recent bill was introduced with the objective of legalizing abortion until 14 weeks of pregnancy, but on August 9, 2018, the Senate voted against the bill after deliberating for seventeen hours. 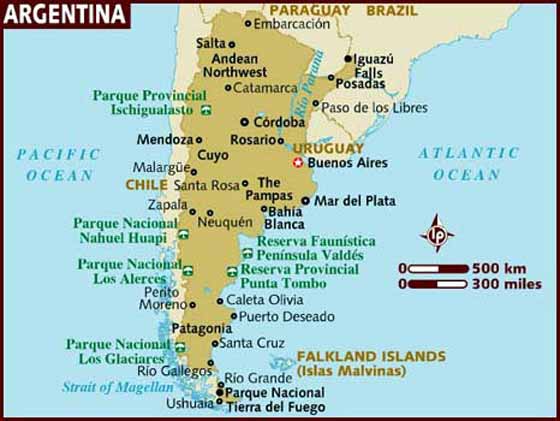 The new abortion bill was the effort of a coalition of young female lawmakers, supported by a host of women’s rights organisations across the country. The coalition stunned the establishment by introducing the abortion bill into the legislative agenda for this year, and analysts were optimistic of their legislative victory. However, concentrated lobbying by Catholic Church leaders coupled with the strong opposition from traditionally conservative provinces pulled the vote against legalising abortion.

97% of women in Latin America live in countries which have banned abortions, partially or wholly. Only Cuba, Guyana, Mexico City and Uruguay allow women to have early term abortions. The clear influence of the Catholic church on Argentine social policy desecrates the sanctity of the separation between church and state as a basis for governance.

The movement mobilized women all over South America. According to Francois Girard, the president of the International Women’s Health Coalition, “the new generation of teenage girls who came out in such numbers will not be stopped”. Benjamin Gedan, an Argentina expert at the Woodrow Wilson International Centre for Scholars calls it a success for women’s rights activists, in addition to the previous legislation introduced which seeks gender equality in the Senate.

Conversely, the Catholic church lobbied the Senate to vote against the bill. Pope Francis’ homeland hosts a deep-rooted Catholicism which often projects socially conservative policies onto the Senate.

However, the failure of this bill did not turn out to be a zero-sum game for women’s rights activists: Argentine officials announced a plan to ease abortion penalties within a larger overhaul of the penal code due to be introduced in the Senate on August 21, 2018. President Macri was personally opposed to the bill but was ready to sign it if it did pass the Senate, highlighting the President’s realization that the reproductive rights moment was now a recognized force.

On a larger scale, the bill represents the genesis of a new reproductive rights movement in Latin America. Despite it failing the Senate vote, the bill has inspired women’s rights organisations across South America to organise and campaign for their rights. Debora Diniz, an anthropologist at the University of Brasilia says Argentina mobilized young women in large numbers, and they have motivated young women in Brazil as well. Ms Diniz has also helped in writing a petition presented before Brazil’s Supreme Court which challenged the constitutionality of its anti-abortion laws.

Our assessment of the situation is that Argentina will recoil from peace protests held by women’s rights organisations and demand a new legislation. The moment is called “Ni Una Menos” meaning ‘Not One Less’ and their efforts to bring a divisive issue like abortion on the table is backed by conviction to their cause. We believe that this movement will ensure that abortion will be a legal right in Argentina within the next few months although we feel there may be an equally tough resistance from the Conservative parties in the Senate.