South African President is fighting for political relevance in the region as the embattled President was summoned by his political party’s leader to consider stepping down..

South African President is fighting for political relevance in the region as the embattled President was summoned by his political party’s leader to consider stepping down from the Presidency. According to the latest media reports, he has refused to resign putting the party leadership at odds with the President.

The President has been embroiled in multiple scandals over the years and was forced to resign as the leader of the African National Congress. A key national address is slated to take place this week.

Jacob Gedleyihlekisa Zuma became the President after his party, African National Congress (ANC) claimed victory in the 2009 general election. He was re-elected in 2014.

A controversial figure, he has faced multiple no-confidence votes since becoming President. In March 2016, his credibility was further hit when the highest court in South Africa ruled that he violated the constitution. This was because he failed to repay the government for upgrading his private home. Zuma apologized to the public and vowed to repay the money.

However, months later, he became embroiled in a controversy surrounding the Indian-born South African business family – the Guptas. Leaked emails and documents (over 100,000) appear to highlight improper dealings between the Gupta family and the government. The family has been able to land a number of lucrative government deals for decades. Brothers Ajay, Atul and Rajesh Gupta, who re-located to South Africa in 1993, are among the powerful elites in the country. They have interests in computers, mining, air travel, energy, technology and media.

South African Public Protector alleged that Zuma had engaged in profiteering by leveraging his relationship with the Gupta family. However, this revelation of possible collusion led to public protests and was seen as sufficient cause to challenge Zuma’s leadership of the ANC with a party vote ultimately defeating him and forcing him to step down as ANC’s leader. Cyril Ramaphosa assumed the leadership position.

Even though there has been a recent downturn of support for the African National Congress, the ANC has won every election for the national government since 1994 and remains the most popular party in South Africa by a significant margin and it is not expected that a change in leadership will result in the party losing power. 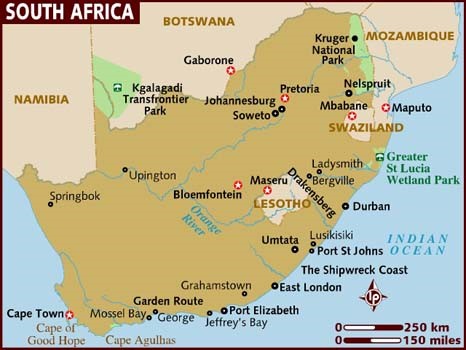 Despite the no confidence vote and President Zuma stepping down from his leadership of the party with immediate effect, he did not step down as the President of the nation. His second term ends in 2019. The ANC party leadership had summoned the controversial leader for a meeting to discuss the future of his tenure. It was widely speculated that he would be asked to stand down from the Presidency.

However, according to the latest media reports, he has rejected requests by the party leadership. Julius Sello Malema Commander in Chief of Economic Freedom Fighters [EFF] and activist took to Twitter to state, “He refused to resign and he told them to take a decision to remove him if they so wish to do so because he didn’t do anything wrong to the country. He’s arguing that he complied with all legal instructions including paying back the money, what more do they want from him.”

Some party members had openly begun talking against the President in the recent weeks. Paul Mashatile, the ANC treasurer-general, told reporters on Friday the president should step down. “There should be a change of guard. You can’t have two centres of power. The best possible way is if the state president exits,” Mashatile said.

Zuma’s Presidency was marked by a period of progress and charges of allegation. On one hand during his tenure, the civil service grew, HIV/Aids rates have decreased, and his plans for development have been praised. On the other hand, he and his family have been unable to shake charges of corruption amidst lavish lifestyles.

The Economic Freedom Fighters, (opposition party), has called for a fresh no-confidence motion, which will be heard on 22 February. “Zuma’s days in the office can definitely be counted in weeks, not months,” said Jakkie Cilliers, an analyst with the Institute for Security Studies, a Pretoria-based thinktank.

Our assessment is that with growing discord against the Presidency by ANC party leadership and the public, President Zuma’s days could be numbered. ANC party leaders clearly want him to stand down before the State of the Nation address to parliament and before the next no-confidence vote slated to take place in a few weeks. If Zuma steps down, then new party leader Cyril Ramaphosa will be able to collate more power before General elections in 2019. If left with no choice, ANC could potentially fire him from Presidency.