US Secretary of State Rex Tillerson is currently in India for a state visit. He will be holding meetings with top Indian officials including Indian Prime Minister Narendra Modi.

India and the US share a bilateral relationship based on common trade as well as security interests. India’s relationship with the US deteriorated during the Cold War years. This was mainly due to the fact India refused to align with either the US or the Soviet Union and was the founding member of the Non-Alignment Movement. Conversely, India’s arch rival, Pakistan, joined the Western Bloc in 1954. However, it wasn’t a period devoid of communication. The years since India got independence from the British Empire, the US government helped the fledgling nation through foreign aid. From 1947 to 1959, US provided $1.7 billion in aid, including $931 million in food to India.

Over the years, India and America continued to cement relations but it wasn’t always positive. After India conducted a series of nuclear tests in 1998, a “deeply disappointed” United States government led by Bill Clinton imposed sanctions on the country. But the imposition of those sanctions was short-lived as during his visit to India in 2000, he formally lifted them and reinforced friendly relations between both nations. It has been described by pundits that the US President who was in many ways a true friend of India, was George Bush Jr. It was during his visit when India and the US came up with the framework of the India-US nuclear deal thus making India the only country outside of the Proliferation Treaty to be allowed to pursue nuclear commerce.

There has also been an increase in scientific collaboration between the nations; something evident with the setting up of United States-India Science & Technology Endowment Fund in 2009, which provides grants of up to $500,000 for joint projects between the U.S. and India. Additionally, the Indian Space Research Organisation and America’s National Aeronautics and Space Administration announced that they will be jointly building a satellite called NISAR. This is the first-of-its-kind space satellite being built between the two space agencies. 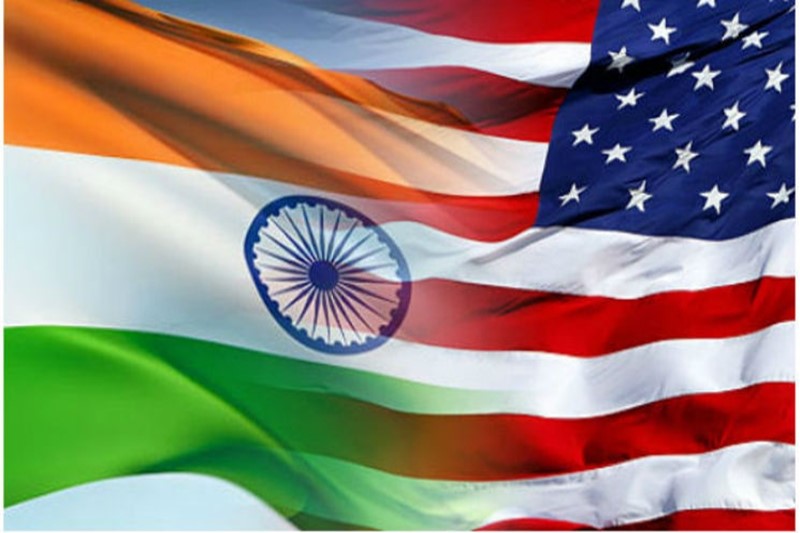 In 2017, Washington has taken a hard stance against Pakistan and has pushed for closer ties with India. US President Donald Trump has accused Pakistan of harboring terrorists in the region. He said, “We can no longer be silent about Pakistan’s safe havens for terrorist organizations, the Taliban, and other groups that pose a threat to the region and beyond.” Similar sentiments have been echoed by the US Secretary of State Rex Tillerson who has spoken about the “erosion of trust” between US and Pakistan. In August 2017, US announced that it had made the allowance to give Pakistan $255 million in military assistance. However, the funds would only be made available to Islamabad if Pakistan is able to effectively fight terrorism in Afghanistan.

In October 2017, during a speech at think tank in Washington, Tillerson revealed that he was in favor of expanded partnership with India. He said, “India and the United States should be in the business of equipping other countries to defend their sovereignty, build greater connectivity, and have a louder voice in a regional architecture that promotes their interests and develops their economies.”

The US Secretary of State is currently on an official visit to India. On October 25th, 2017, he will hold meetings with top Indian officials, including Indian Prime Minister Narendra Modi. China, Afghanistan and Pakistan are likely to be the main points of discussion between the top US diplomat and the Indian officials.

The rise of China has long threatened the global standing enjoyed by the US. Tillerson noted in October, “The driving force of our close relationship rests in the ties between our peoples -- our citizens, business leaders, and our scientists. ... We'll never have the same relationship with China, a nondemocratic society, that we can have with a major democracy.”

"The rise of a more capable and assertive China remains the single most important driver of the growing partnership between Washington and Delhi," explained Constantino Xavier, a fellow at Carnegie India, a think tank.

With regards to Afghanistan, the US is seeking the contribution of regional players like India to help stabilize the nation. US President Donald Trump in August 2017 called on India to play a greater role. Currently, India has spent billions in Afghanistan in building its infrastructure and development but it is unlikely to get involved in a military capacity.

The subject of Pakistan is also likely to loom large in meetings regarding security and terrorism between US and India. US may have taken a hardline in the recent months but Pakistan remains a key strategic ally in US’ fight in Afghanistan. US President Trump in the recent months has both praised Pakistan and criticized it. Islamabad recently announced that it would be extending the house arrest of Mumbai attack mastermind and banned Jamaat-ud-Dawah chief Hafiz Saeed by 30 days.

Ajai Shukla, a defense analyst and former Indian military officer said, “[His arrest] took place because of a realization within the Pakistan army that Hafiz Saeed was endangering Pakistan's insistence that it was not supporting terrorist groups. What we saw was a change in the Pakistani strategic projection. The factors that are driving this, which is Trump's pressure, India's pressure, all of these issues are keeping Pakistan towards that change in strategic orientation."

Our assessment is that Tillerson has articulated a strategic narrative for India – Us ties. He has advocated for greater cooperation and collaboration. Yet, it is prudent to take his words with a healthy dose of skepticism. This is largely due to the fact; US President Donald Trump has continued to drastically alter his views on geopolitical issues. There are also rumors within the US media that the relationship between Trump and Tillerson has deteriorated. As we had mentioned earlier, Tillerson’s remarks should be indexed with Trump’s statements as well. The political climate in the US has also contributed to the environment of confusion. US Senator Bob Corker recently admitted that President Trump has difficulty speaking the truth – this makes any discussion with the White House, a gamble.