The leaders of the Association of Southeast Asian Nations will be attending the India-ASEAN summit in New Delhi. In an unprecedented move, all 10 leaders of ASEAN..

The leaders of the Association of Southeast Asian Nations will be attending the India-ASEAN summit in New Delhi. In an unprecedented move, all 10 leaders of ASEAN will be chief guests at India’s Republic Day celebrations on January 26th, 2018.

Even though India is not a member of ASEAN, the India-ASEAN relationship during a 2012 meeting was elevated to a “strategic” partnership. In order to mark the 20th anniversary of ASEAN, the India-ASEAN summit was held in Delhi in December 2012. This also commemorated the 10 years of summit level partnership that India shared with ASEAN. The commemorative summit was attended by the Heads of States of the 10 ASEAN countries and then Indian Prime Minister Dr. Manmohan Singh

India's Look East policy is an effort to cultivate extensive economic and strategic relations with the nations of Southeast Asia in order to bolster its standing as a regional power and a counterweight to the strategic influence of the People's Republic of China. 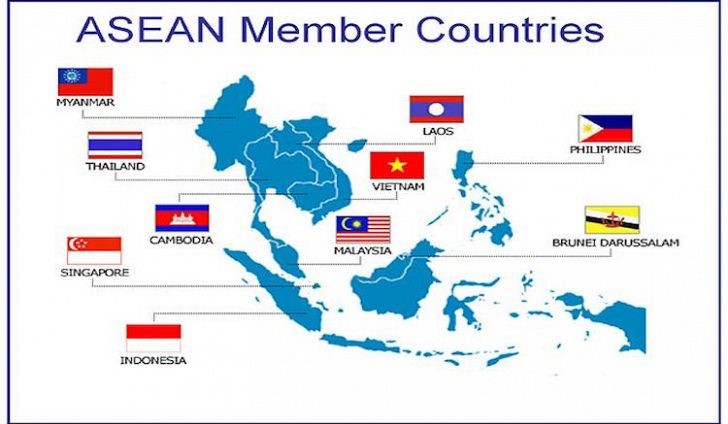 This event is being regarded as a key moment for India’s Prime Minister Narendra Modi. It is not only an opportunity for him to host a high-level event but it will also be a moment to action one of the most important agenda’s he has set forth for India. In part, this is about converting India’s “Look East” policy into India’s “Act East” policy.

The event takes place as China continues to expand and exert its increased influence around the world and especially in South Asia. As the country’s economy and military prowess continues to grow, India has to work towards countering this challenge.

The Indian government has also spoken about this. "The Prime Minister's intention that the 'Look East' policy should now be the 'Act East' policy is really taking shape," said Defence Minister Nirmala Sitharaman. "And, by the very presence of 10 leaders from ASEAN during the Republic Day celebrations, India will definitely showcase its 'Act East' policy," Sitharaman added.

The ASEAN countries collectively comprise the world’s seventh-largest economy and host more than 200 of the world’s largest companies. India can benefit massively from working with ASEAN nations in developing its own economy. Even though the two parties have a free trade agreement, India’s trade with ASEAN is far lesser than China’s trade with the nations part of the organization. For the year 2016-17, India’s trade amounted to $71 billion. In contrast, China conducted trade worth $470 billion with ASEAN.

In the recent years, partly due to border disputes, the tension between India and China has increased. In 2017, the two regions were involved in an extended military stand-off in Doklam which resulted in further deterioration of the ties. China for its part has repeatedly warned that it will resort to military conflict if it believes that its sovereignty is being threatened.

Our assessment is that India stands to benefit massively from an actionable ‘Act East’ policy. If the country is serious about becoming a formidable economic power, then it has to develop its ties with its own neighbors. A strengthened relationship between India and ASEAN will also act as a counter to the rise of China. In addition, economically, increased trade with ASEAN will benefit various industries in India.