Shinzo Abe was born into a prominent family and both his father and grandfather were politicians. He served as a Member of the Parliament in Japan from 1993 to 2006. On 26th September 2006, he was elected as Prime Minister. At 52, he was then the youngest PM in Japan’s history since Fumimaro Konoe in 1941. His first term was cut short when he abruptly resigned from his position in 2007. At that time, two ministers in his cabinet stepped down as a result of different scandals. However, Abe said it wasn’t scandal but an illness that led to his resignation. In 2012, he was sworn in as Prime Minister for a second term.

During his second term, Abe enjoyed a reputation as a steadying hand in government. His political party, Liberal Democratic Party (LDP), even changed its rules to allow him to stand for elections for a third time. However, in 2017, he and his party have been bogged down by multiple scandals. In one of the controversies, Abe stands accused of intervening on behalf of his friend Kotaro Kake, to gain approval to open a veterinary school in western Japan. Additionally, Japan’s Defense Minister, Tomomi Inada, has resigned from the cabinet over allegations of a cover-up.

In 2017, two national scandals unfolded that threatened Abe’s leadership. The first one revolved around a kindergarten school. Moritomo Gakuen group had supposedly purchased land to build the school at just one-seventh of the appraised value. Yasunori Kagoike, President of the Moritomo Gakuen group testified that had handed an envelope containing 1m yen (£7,100) and had said it was from Abe. The government has denied that claim. The second scandal was larger in scale. Abe stood accused of intervening on behalf of his friend Kotaro Kake, to gain approval to open a veterinary school in western Japan.

Abe’s approval ratings plummeted as a result. At one point, it dipped as low as 26% - the lowest it has been since 2012. 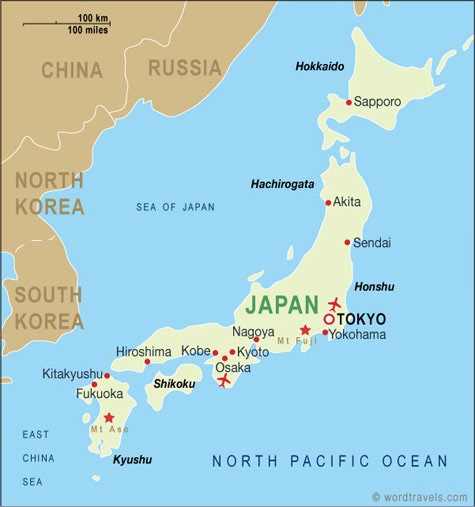 A number of developments in September 2017 that resulted in Abe’s approval numbers to rise. North Korea flew missiles over Japan. Additionally, North Korean leader said that these actions were the “first step” in the nation’s Pacific operation. Abe was seen as a steadying hand in times of such tumultuous external threat. Additionally, the public perhaps wanted to ensure that the government was stable when a known enemy was threatening conflict.

Another development that worked in Abe’s favor was the instability within the political party that was his opposition – the Democratic Party. In the recent weeks, a number of its members left the party to join hands with a new political party fronted by Yuriko Koike. Koike is the popular governor of Tokyo who has emerged as the main challenger for Abe.  Koike’s new party is called "Party of Hope."

Thus, Abe saw it fit to call for snap elections in a bid to consolidate power. The snap elections were scheduled to be held a year earlier than expected. However, Abe’s political gambled paid off. In the elections which saw millions of Japanese citizens brave through rains and winds caused by Typhoon Lan, exit polls noted that Abe was the clear winner. His Liberal Democratic party (LDP) and its junior coalition partner Komeito won an impressive 313 seats, keeping its two-thirds “supermajority” in the 465-member lower house.

The Democratic Party tried to put forth a united front by joining hands with Koike’s party. However, this new party had only one month to try and convince voters that it would be able to affect positive change. Koike also incurred additional criticism for refusing to resign as governor and run in the election as a potential Prime Ministerial candidate.

“The situation in the world is not stable in many aspects and I believe the LDP is the only party we can depend on,” Kyoko Ichida, a Tokyo resident, said after casting her vote.

Abe called his victory a “vote of confidence” from the public. He said the nation would exert "stronger pressure" on North Korea, adding: "I will make sure the Japanese public is safe, and safeguard our nation."

In a reaction to Abe’s victory, Japan's flagship stock index hit its highest point since 1996.

Our assessment is that Shinzo Abe’s political gamble has resulted in him winning a decisive mandate from the people. He is now on track to become the longest serving Prime Minister in Japan. His victory is perhaps also indicative of a shift in Japan’s pacifist stance when it comes to warfare (Article 9). Abe has employed a strong rhetoric against North Korea. We believe that one of the most divisive and emotive issue will be the constitution reform. He has already pushed through a law allowing Japan to engage in collective self defense.