Japanese PM wants more public support before inking a new deal with Russia. Historically, Japan and Russia had enjoyed had cordial relations. However, a territorial clash in the Manchuria region of north-eastern China led to the Russo–Japanese War in 1904. This war resulted...

Historically, Japan and Russia have enjoyed had cordial relations. However, a territorial clash in the Manchuria region of north-eastern China led to the Russo–Japanese War in 1904. This war resulted in a Japanese victory and played a key role in weakening the Russian monarchy. Japan would later intervene in the Russian Civil War from 1918 until 1922, sending troops to the Russian Far East and Siberia. That was followed by border conflicts between the new Soviet Union and the Empire of Japan throughout the 1930s.

The two countries signed a nonaggression pact in 1941, although the Soviet government declared war on Japan anyway in August 1945, invading the Japanese puppet state of Manchukuo as well as seizing a chain of islands just north of Japan. To this day, both nations have not signed a peace treaty after World War II.

Russia and Japan have not signed a peace pact due to the row over Etorofu, Kunashiri, Shikotan and the Habomai islet group, which were seized by the Soviet Union in the days after Japan surrendered in August 1945, ending World War II. 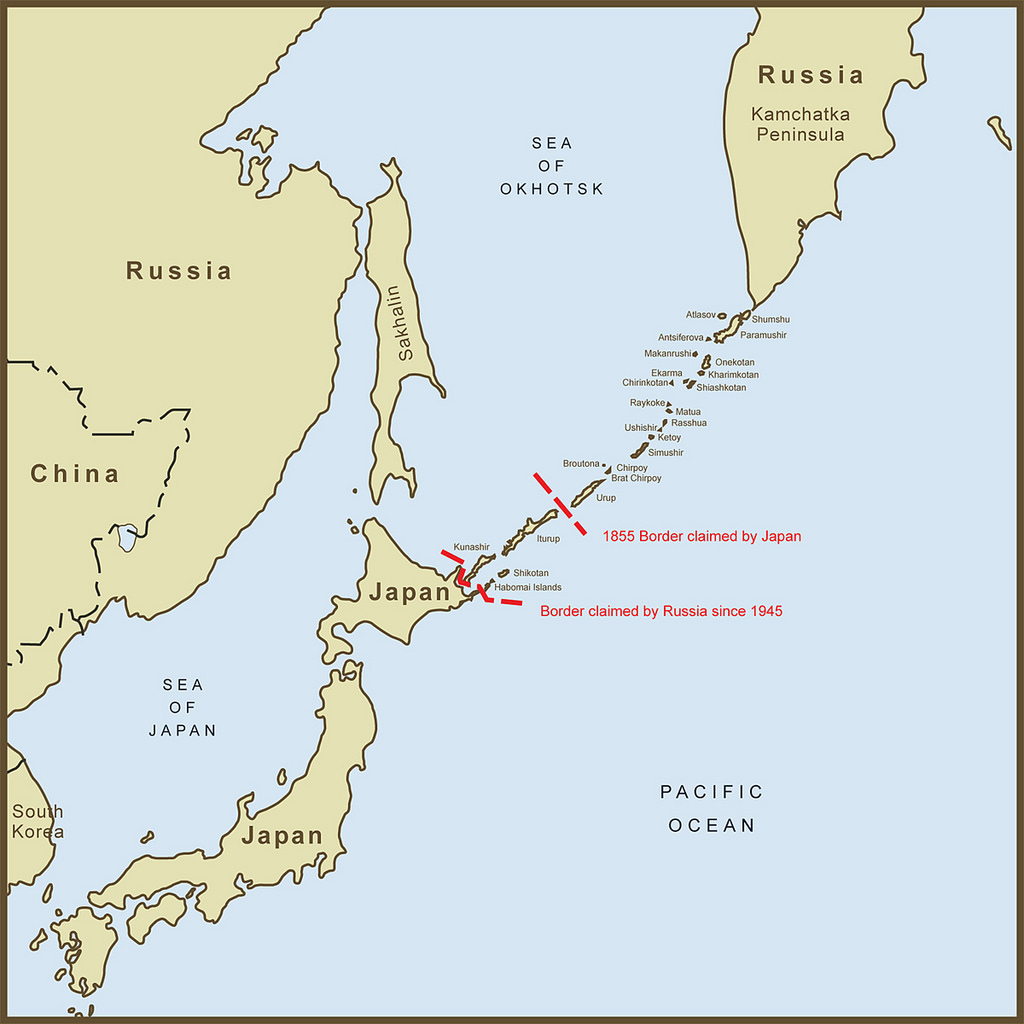 Read more about our extensive analysis of the Russo-Japanese island dispute here.

Prime Minister Shinzo Abe on Thursday called for improving conditions to resolve a decades-old bilateral dispute with Russia over a group of islets and conclude a post-World War II peace treaty, including achieving greater support from both the Japanese and Russian people. Abe’s comments suggested a more time-consuming process and contrasted with Russian President Vladimir Putin’s sudden proposal Wednesday, during an economic forum in Vladivostok. Moscow and Tokyo are aiming to arrive at a peace deal by the end of this year “without any preconditions.”

In a meeting with Japanese companies operating in the Russian Far East city, Abe said, “As 70 years have passed (since the end of the war), it is necessary to develop the understanding of Japanese and Russian people and improve the environment to settle these issues.” He did not directly respond to Putin’s abrupt proposal.

“I am determined to move ahead with the peace treaty issue based on the mutual recognition that cooperation between Japan and Russia would produce big results and improve (the Russian people’s) lives,” Abe said. “I am resolved to overcome mutually harboured suspicions and take a step forward.” Abe has in recent years proposed an eight-point economic cooperation package for Russia’s Far East region and joint economic activities on the Russian-held, Japan-claimed islands off Hokkaido. The initiatives are aimed at building a level of trust that would lead to settling the territorial row and eventually signing a postwar peace treaty.

After talks with Putin on Monday, Abe said the two leaders approved a “road map” to realize the joint economic activities in five areas, including aquaculture and tourism, without providing the timing or other details. As an idea that “has just come to my mind,” Putin urged Abe on Wednesday to clinch a peace pact first and then continue negotiations over the islands off Hokkaido - controlled by Moscow but claimed by Tokyo. In Tokyo, Chief Cabinet Secretary Yoshihide Suga said the Japanese government took Putin’s remarks as his “strong desire to conclude a peace treaty and develop Japan-Russia ties.”

The top government spokesman said at a press conference that Japan’s position of seeking to resolve the issue of the islands’ sovereignty before concluding a peace treaty with Russia remains unchanged. After returning from Vladivostok, Abe echoed the spokesman’s view on Putin’s remarks. In a meeting at the Prime Minister’s Office with Natsuo Yamaguchi, who heads Komeito, a partner in the ruling coalition, Abe said there will be no change in the government’s “basic” stance.

On his four-day visit to Vladivostok through Thursday, Abe attended the annual regional economic forum and held bilateral summits with Putin and Chinese President Xi Jinping.

Our assessment is that Japanese Prime Minister Shinzo Abe finds himself walking a tightrope between wanting to resolve this dispute but also ensuring Japanese interests are not compromised. The visit comes during a period when Russia’s relationship with Western countries has deteriorated and this also has to be considered by the Japanese Premier. Given the existence of the US-Japan alliance, it seems unlikely that Kremlin would relinquish the Islands, which provides an advantage to Japan.