The Organisation of Petroleum Exporting Countries (OPEC) is set to meet in Vienna for the 174th Conference on 22nd June. Global markets have been on edge before..

The Organisation of Petroleum Exporting Countries (OPEC) is set to meet in Vienna for the 174th Conference on 22nd June.

Global markets have been on edge before OPEC announcements on possible increase in oil production.

"Seven Sisters" was a common term for the seven multinational oil companies, including Ango-Iranian Oil Company, Shell and Texaco, of the "Consortium for Iran" oligopoly or cartel, which dominated the global petroleum industry from the mid-1940s to the mid-1970s. The control of these MNCs over oil prices and production volumes over the sovereign state authority prompted the creation of Organisation of Petroleum Exporting Countries (OPEC) in 1960 by Iran, Iraq, Kuwait, Saudi Arabia and Venezuela.

OPEC’s formation occurred at a time of transition in the international economic and political landscape, with extensive decolonisation and the birth of many new independent states in the developing world. These states demanded the transfer of authority from foreign MNCs to the new governments. Moreover, entry of Russian crude oil into the European market necessitated an intergovernmental organisation like OPEC.

Headquartered in Vienna, the 11-member body endorses the objective “to coordinate and unify the petroleum policies of its member countries and ensure stabilization of oil markets.” Post 2010 the global economy represented the main risk to the oil market early in the decade, as global macroeconomic uncertainties and heightened risks surrounding the international financial system weighed on economies. Escalating social unrest in many parts of the world affected both supply and demand throughout the first half of the decade, although the market remained relatively balanced. Trade patterns continued to shift, with demand growing further in Asian countries and generally shrinking in the OECD.

“The JMMC (Joint OPEC/Non-OPEC Ministerial Monitoring Committee) acknowledged the rising concerns expressed by some importing and consuming countries regarding potential shortages in the global oil market and requested the JTC, supported by the OPEC Secretariat, to continue to closely monitor the oil market and to report any fundamental changes,” said HE Suhail Mohamed Al Mazrouei, UAE Minister of Energy and Industry, and President of the OPEC Conference at the opening of the conference.

Iran wants a lower target for prices of $60 a barrel. It believes a lower price would drive out U.S. shale oil producers, who need a higher margin. Iran's break-even price is just over $50 a barrel, while Saudi Arabia can pump the oil for $2 to $20 a barrel. By competing with each other, they would drive prices even lower and stimulate even more global demand. OPEC countries would, thus, exhaust their most precious resource that much faster. Instead, OPEC members choose to agree to produce only enough to keep the price high for all members.

Currently, the countries are facing tense domestic and international situations. Iran’s sanctions have been reimposed, Venezuela’s economy is facing severe inflation, Iraq is still fighting ISIS and other non-state actors, Libya and Angola are facing domestic strife, Qatar is dealing with an Arab-Emirati blockade and Saudi Arabia is leading a coalition to drive Houthi rebels out of Yemen. These events factor into a global economy facing supply chain issues from escalating trade wars.

The OPEC conference is expected to see negotiations between Iran, Iraq, Algeria and Venezuela who are pushing for reduced oil production against Saudi-Emirati increase in production (an objective shared by US President Donald Trump). Constraints within the Permian Basin reserves in the US has heightened the urgency for increased oil production for the US.

OPEC and its allies have since last year been participating in a pact to cut output by 1.8 million bpd. The measure has helped rebalance the market in the past 18 months and lifted oil to around $74 per barrel from as low as $27 in 2016. A marginal increase in crude production could help Saudi and Russia replenish their sovereign wealth funds, which they had to use to meet expenses as crude prices fell until 2016.

India is the third largest importer of crude oil, after China and the United States. The recent surge in crude oil prices have increased India’s oil import bill and burdened the trade deficit. If the trend continues, the government will be forced to cut excise duty, which in turn will increase India's fiscal deficit. This may push chances of a lower credit rating.

"If we depart on Friday … with no output hike on the cards, then there is an inherent danger that the discipline might be lost, that the Saudis might go it alone even for 250,000 barrels," oil market analyst Gaurav Sharma told Al Jazeera. 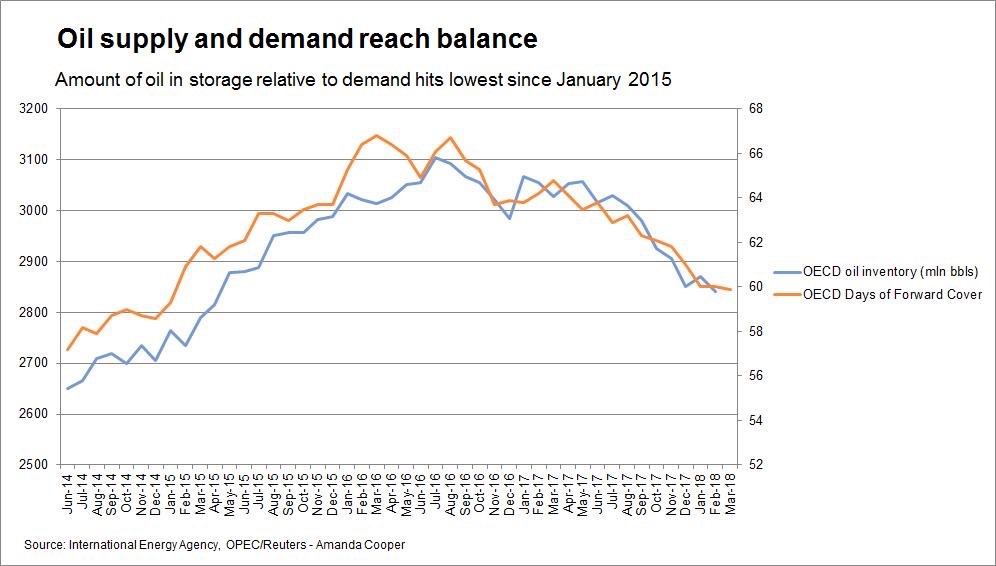 Our assessment is that the conference may reach a compromise for marginal increase in oil production to cater to the requirements of Iran, Iraq and Venezuela. We believe that larger negotiations amongst the member states is likely to be influenced by non-members like Russia and US whose demands are driven by market dictates.